Another year, another panoramdemonium. So far, each year, we’ve been recording happenings, growth, messes, projects, seasonality through a series of photos at monitoring points around the farm. We have 13 monitoring points, some with multiple photo directions or panoramas. During the winter, we compile the photos and use them in reflection on successes and failures of our previous year(s) and planning for our next season. Previous pandemoniums can be found here(2014), and here(2013), and here too(2012). You might think that after four years we would have established a pretty solid routine. Nah. This year we forgot to take our mid-summer photos. (insert Captain Haddock exclamations of bewilderment and frustration here.) We could fuss around conveying all sorts of pitiable excuses, but in the end, there you have it. It will forever be a mar in our record keeping.

So in the theme of the Library of Alexandria, the lost films of Georges Méliès, and Schubert’s unfinished symphony. The Nixon tapes. Perec’s A Void. And the Dear Kit letters of 1976. We present to you: panoramdemonium 2015.

A view of the orchard and hop yard from the beehives over the course of the year.

And a view of our main vegetable beds from the north gate.

Some mid-summer gaps can be filled in pretty easily, with our keen powers of interpolation and because Trish takes a crazy number of photos. For instance:

The greenhouse over the course of the year (w. a stand-in photo from 7/8) 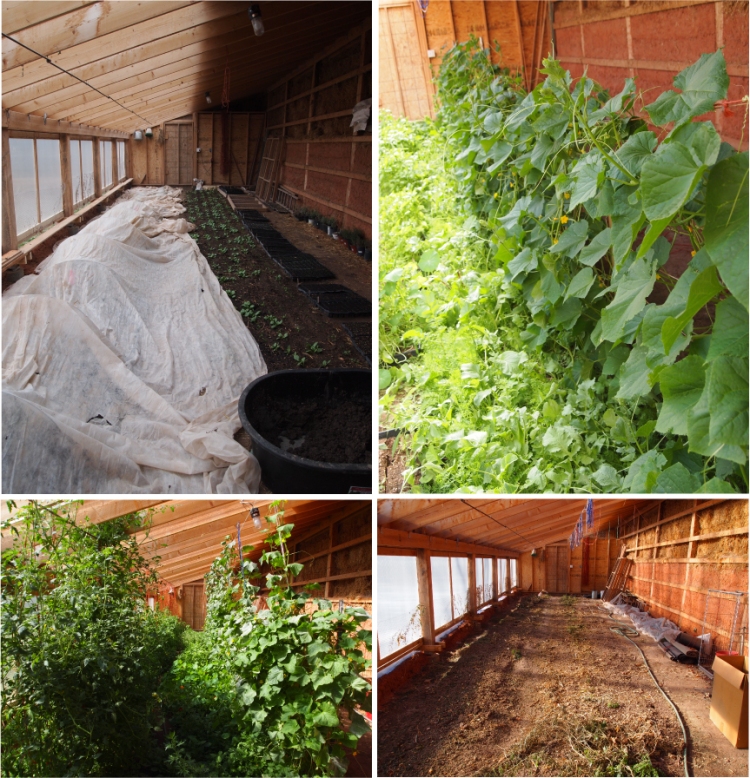 and the chicken yard (w a stand-in photo from 6/6) *note, our new solar panels. 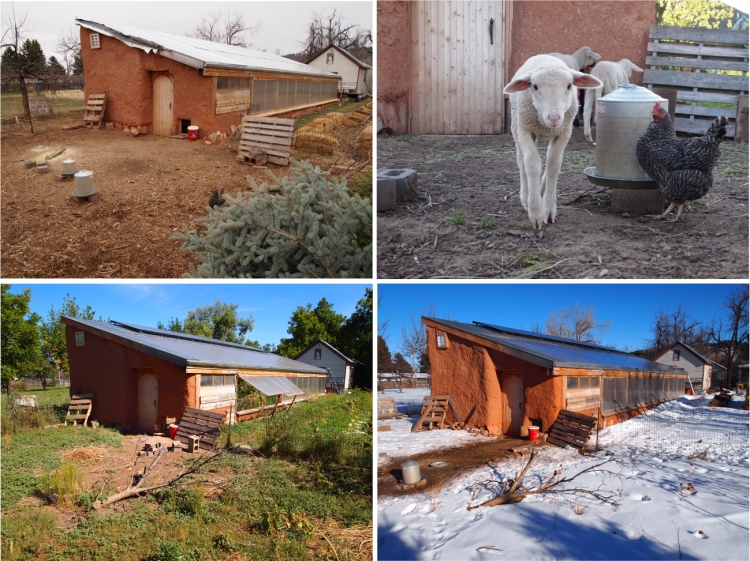 the farmstand (stand-in photo from 6/15, photo credits to our buddy and wicked-good writer, Sean Prentiss)

Here are photos of our front herb and flower beds taken on September 21st, 2012 through 2015. Progressively, we’ve been adding beds, putting in perennials and reducing lawn. 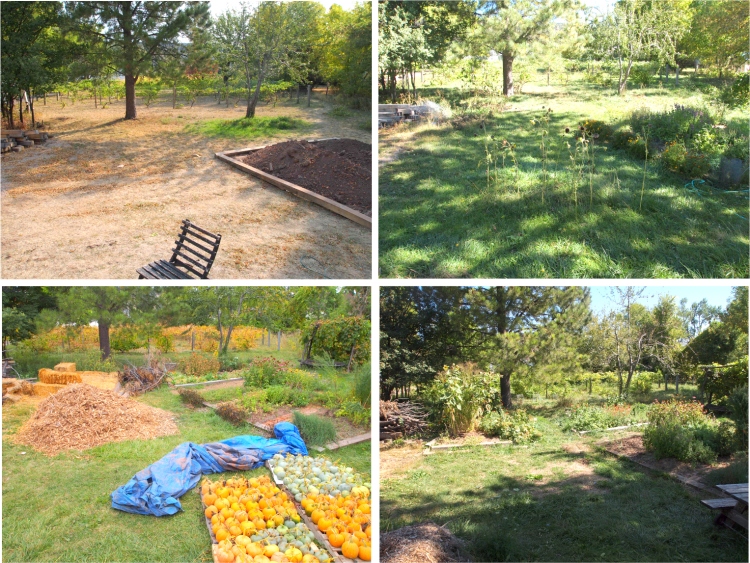 and photos in (of) the greenhouse (September, 2012 through 2015). Jeremy and Dave are putting in the frost-free hydrant, in this 2012 photo; straw bale walls went up the following month. We replaced roof polycarbonate (from 8′ to 12′ sheets) this summer (2015) to increase light. Cobbing is still not quite yet complete (more Captain Haddock exclamations).

Days are getting longer as our to-do list grows. Before too long, we hope to share more reflections on our 2015 season, namely farm finances, our experience with pastured poultry, and additions to farm infrastructure. Happy pandemonium.